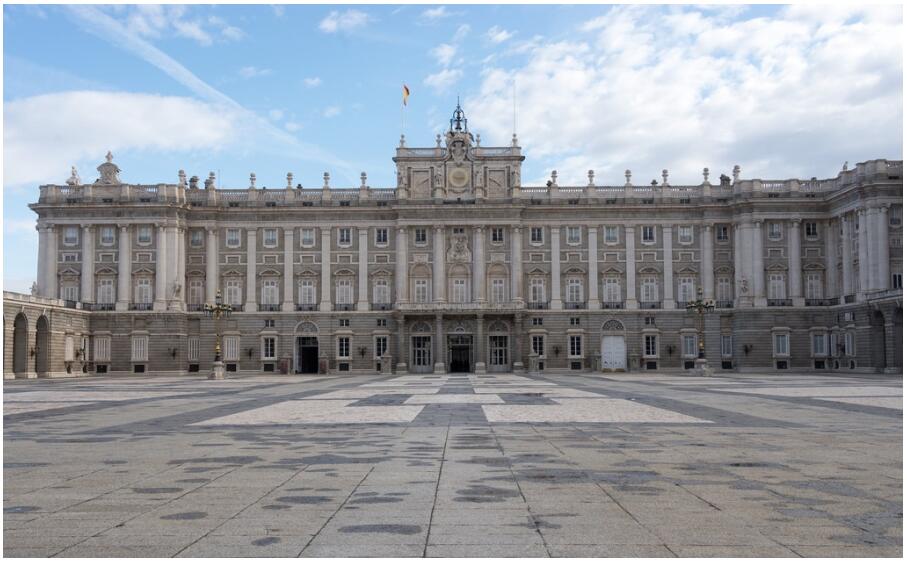 The Spanish capital is the political center of the country and, together with Barcelona, ​​also the most important economic metropolis on the Iberian Peninsula.

The wonderful old town, the stately palaces and the world-famous Prado Museum attract over 3 million guests every year. Madrid is beautiful, modern and lively, despite its long history that goes back to Roman times.

In the following we present you the most exciting tours, the most beautiful attractions and the best sights in Madrid. 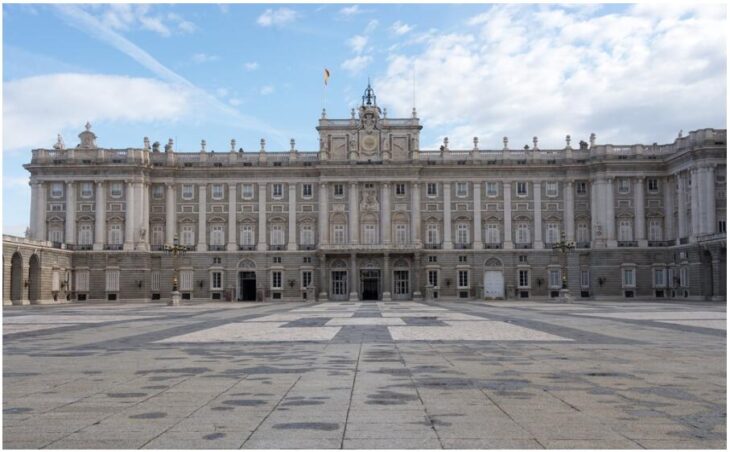 The Museo del Prado is one of the leading art museums in the world and is one of the main attractions in Madrid. The institution, founded by King Ferdinand VII and inspired by the Louvre in Paris, opened its doors for the first time in 1819. The house now attracts 2.5 to 3 million guests every year. Almost every visitor to Madrid also makes a detour to the Prado. And rightly so.

The museum, originally planned as a Pinakothek (picture gallery) and Glyptothek (sculpture collection), now houses more than 10,000 art objects. Hardly any of the great old masters are missing from the painting collection. The collection of works by Sandro Botticelli, Francisco de Goya and Hieronymus Bosch, whose most famous work “The Garden of Earthly Delights” belongs to the Prado collection, is particularly worth seeing.

The Palacio Real is the official residence of the Spanish royal family, who do not live here, but in the much smaller Palacio de la Zarzuela. With a good 2,000 representative rooms and an area of ​​135,000 square meters, the Palacio Real is the largest palace in Europe. In addition to the throne room, the mirror gallery, the halberd room and the palace chapel are particularly worth seeing. There are also numerous Old Master paintings in the palace, including works by Caravaggio, Giovanni Battista Tiepolo, Velázquez, Goya, and Rubens.

The four-wing complex was built between 1734 and 1764 by the two architects Juan Bautista Sachetti and Francisco de Sabatini. Before that, there was a residential castle from the Moorish era on the site, but it burned down completely on Christmas night in 1734. Unless a state visit is pending, the Palacio Real can be visited daily, and entry is free on Wednesdays.

Directly opposite the Palacio Real is the most important church in the Spanish capital. The Almundeda Cathedral, officially Santa María la Real de La Almudena, is even a few years younger than the Royal Palace. Construction began in the 19th century, but the church was not completed until 1993. In the same year it was consecrated by the then Pope John Paul II and made a cathedral.

The architectural style is to be assigned to the neo-Gothic and neoclassicism popular in the 19th century. Inside the church is designed so modern that it is often referred to as “sacred pop art”. The decor goes back to the well-known Spanish painter Kiko Argüello. In 2004, with the marriage between Crown Prince Felipe and Letizia Ortiz Rocasolano, the first royal wedding took place in the Almundeda Cathedral.

4. Stroll along the Gran Via

Classically, Madrid is not a city where guests come to shop. But there is much more interesting to do in the Spanish capital. Nonetheless, Madrid also has its shopping boulevard. The Gran Via, which runs through the old town in a west-east direction, is the city’s most important shopping street. In addition to the chain stores customary in city centers, there is also a lot of luxury to see and buy here.

Designer boutiques line up with fine perfumeries and noble jewelers. In between there are countless street cafes, small restaurants and bars. In the past, the Grand Via was also considered the Broadway of the Iberian Peninsula. Unfortunately, many of the cinemas and theaters that were once located here did not survive. In addition to the department stores, the upscale hotels are now concentrated in the popular shopping street.

5. The hustle and bustle of the Plaza Mayor

The Plaza Mayor is the most popular and impressive square in the city. The huge area, which is almost 130 meters long and 94 meters wide, is completely enclosed by four-story buildings with a total of almost 240 balconies, all of which face the square. Access to the Plaza Mayor is through nine gates. The most famous of these is the Arco de Cuchilleros, which is dedicated to knife sharpeners.

Directly opposite, on the north side, is the Casa de la Panadería, the house of the bakers, which is considered the oldest building in the ensemble and probably dates back to the 15th century. The other buildings are much younger, which was not least due to the devastating fires that repeatedly struck the famous square. The last major fire in 1790 destroyed almost a third of the building mass. The buildings were all rebuilt and today mainly house cafes and restaurants as well as small shops and boutiques. 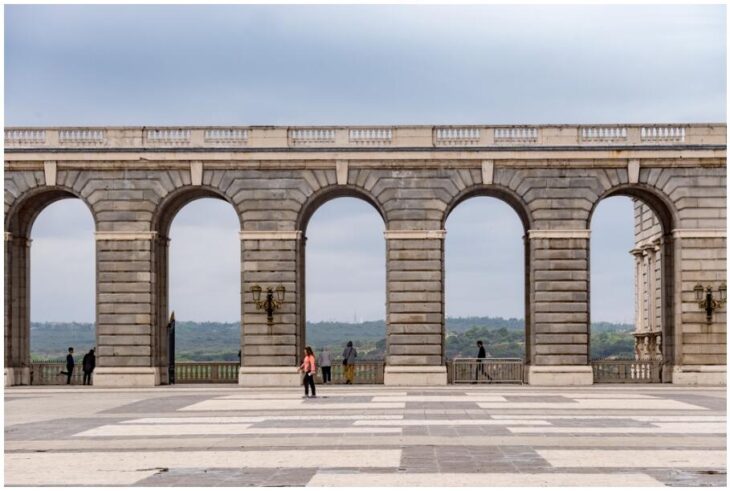 Anyone interested in football will at least know the Plaza de Cibeles from television. Whenever the Real Madrid football club, considered to be one of the best in the world, has a victory to celebrate, it does it here. But that’s not all the place has to offer. Only the imposing building in the background, which always looks like a palace on TV, disappoints in reality.

Not because of its architecture, which is quite impressive, but rather because of its rather mundane purpose. Behind the imposing walls there is no royal residence, not even a ministry or a high court, but the main post office of the city. The square owes its name to the beautiful fountain in front of the post office, which shows the chariot of the fertility goddess Cybele, which is pulled by two lions.

There have been no bazaars in Spain since the Moors were driven out. But the large market hall in the center of the city, the Mercado de San Miguel, has a comparable flair, even if it is much more elegant and stylish. If you want to try the Spanish cuisine, this is the right place.

Of course, you can also test what the country’s vines have to offer. As befits one of the most important sights in Madrid, it is usually quite crowded and the prices are in the upper range. The ambience and the unbelievable culinary variety guarantee that a visit is still worthwhile.

Art lovers usually wander from the Prado to one of the neighboring sights, the Museo Reina Sofía, officially Museo Nacional Centro de Arte Reina Sofía (MNCARS). The house is still very young and was only inaugurated in 1992 by the then Spanish Queen Sofia, after whom it is also named. In a good quarter of a century, the permanent exhibition has built an excellent reputation.

The museum focuses on more recent, especially Spanish art and complements the Old Masters collection in the Prado. The house also has a great library with a holdings of around 40,000 volumes devoted to modern art.

If you are planning a romantic stroll, there is no better place than Casa de Campo. The park is about 10 kilometers west of the city center in the Latina district and can be easily reached by public transport. The park is the largest publicly accessible green space in the greater Madrid area.

In the past, the area was used by the Spanish royal family as a hunting ground. Today it serves the residents of the Spanish capital as a recreational area. In addition to light forests and green meadows, the park also includes a lake, a zoological garden and a cable car.

Anyone visiting Madrid should of course not miss the place where the pulse of the city beats. This is without a doubt the Puerta del Sol in the heart of the old town. There is always something going on here, because this is where the six large, star-shaped main streets of Madrid meet. Cafes, bars, restaurants, night clubs are lined up close together here. Street musicians and small performers perform in the alleys.

Even during the week, it is very busy here long after midnight. The crowd is often so great that tourists cannot find the square’s landmark. The brown bear leaning casually against a strawberry tree is not exactly slim. The statue symbolizes the cooperation between the nobility (bear) and the church (strawberry tree), which work together for the benefit of Madrid. 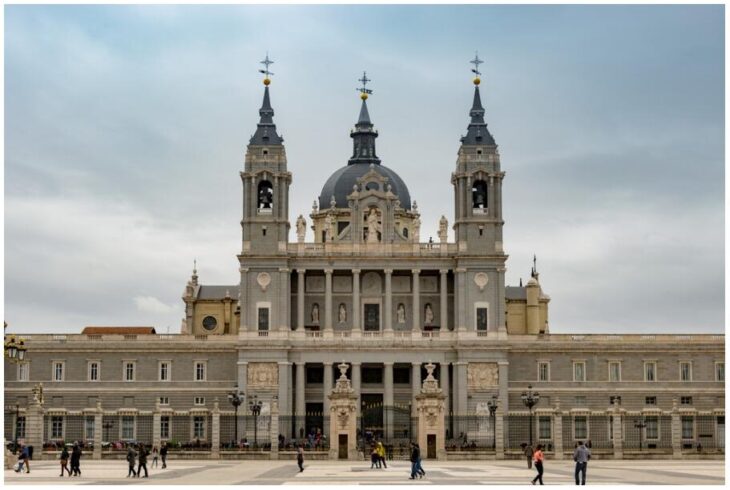 Places to Visit in Cochem, Germany