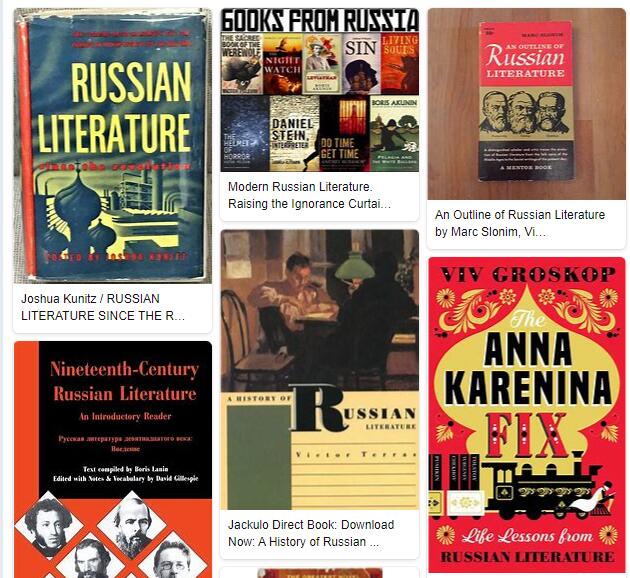 Russian literature of the 21st century. it is characterized by an extreme heterogeneity of genres and styles that coexist syncretically and synchronously in the same cultural space, resisting any taxonomic attempt. Today we are witnessing the results of a process that began in the 1990s with the collapse of the Soviet Union; on the one hand, the boundaries of the literary field have been redrawn with the re-appropriation of emigration and underground production, on the other hand, the end of the centralized state management of the cultural market and the consequent deinstitutionalization of literature have caused the birth of new mechanisms of internal regulation, already known to the Western world. The book has become a product subject to commercialization and the reading public has acquired a completely different role from that played in the Soviet era; in order to sell, a book must act as an interpreter and respond to the demands of the public. An audience that has in turn profoundly changed since the whole social structure has changed; in sociological terms, many different subcultures have been born over the years which present new and constantly evolving needs towards the book market. At the same time, the end of ‘literaturocentrism’ and the postmodern aesthetics of contamination have also favored in Russia a new permeability of the boundaries between ‘high literature’ and ‘mass literature’, under the banner of Leslie Fiedler’s old slogan « cross the border, close the gap ”that marked the North American pop culture of the Sixties and Seventies. Even genres previously rigorously codified by tradition have therefore undergone profound transformations, generating new and multiple hybrid forms of narration that escape any canonical definition.

With an apparent paradox, in the extreme polychromy of the contemporary literary fresco a homogenization of taste stands out as the leading motif; the preferences of readers, although belonging to extremely different typologies (by gender, social location and age group) are concentrated in an intermediate range of literary products, the so-called middle literature, which reconciles the thrusts coming from below (from the so-called mass literature) and from above (the ‘real’ literature). This is a new phenomenon for Russian literature, historically rather polarized. Be that as it may, the critical debate on the very concept of contemporary Russian literature is extremely current and lively; the interpretations diverge considerably not only from the point of view of the chronological application of the term, but also for its semantic content, in the different attempts to define a ‘canon’ of contemporaneity. Furthermore, if we want to validate the applicability of the postcolonial model also to the countries of the former Soviet Union, it would perhaps be more appropriate to speak of contemporary literature in / of Russian language,

Starting from the 1990s, the phenomenon of non-state literary prizes began, which currently amount to well over a hundred; often organized in a different way – due to the composition of the jury, the methods of advancement of the nominations and the award cycles, they are united by the ambitious intention of regulating the book market and addressing the tastes of the public, a function that in Soviet times was entrusted to literary magazines. Here we will mention only the most famous and richly gifted: the Russkij Buker (Russian Booker), born in 1992, the Nacional′nyj Bestseller (National Bestseller) of 2001, the Bol′šaja Kniga (Big Book) of 2006 and the last born, the NoS award of 2009 (literally Naso, acronym of Novaya slovesnost ′, New literature). According to some critics, the winners and the short lists would give no indication of mainstream trends and only long lists would be able to provide a panorama of literary production. This is partially attributed to both endogenous factors – the extreme fragmentation of culture mentioned above, a phenomenon that has become particularly relevant in the new millennium – and to a more general absence, in contemporary Russian society, of unifying, integrative principles, of symbols. stable and authoritative that can be handed down over time; in other words, to the emptying of the social role of the intelligentsia in the post-Soviet era. On the other hand, if it is true that the lists of winners do not outline the scenario in the hic et nunc, that is, in a purely synchronic dimension, over a longer period of time those same lists become significant.

Many of those who came to literary prominence in the years of perestroika and in those following the collapse of the Soviet Union still occupy an important place there: Viktor Pelevin (b.1962, winner in 2004 of the Nacional′nyj bestseller with the collection Dialektika perechodnogo perioda iz niotkuda v nikuda, trans. it. Dialectic of a period of transition from nothing to nothing, 2007), Tat′jana Tolstaja (b. 1951), Michail Šiškin (b. 1961, the only one to have won three of the above awards, in 2000 for the Russky Buker Vzjatie Izmaila, trad. it. the taking of Izmail, 2007; in 2005 the Nacional’nyj Bestseller for Venerin volos, trad. it. Capelvenere, 2006; in 2011 the Bol′šaja Kniga for Pis′movnik (Epistolario), Ol′ga Slavnikova (b.1957, winner in 2006 of the Russkij Buker with 2017), Vladimir Sorokin (b.1955, NoS in 2010 for Metel ′, La tormenta ), Andrei Volos (n. 1955, Russky Buker in 2013 Vozvraščenie v Pandžrud, Return to Pandžrud) and Ljudmila Ulickaja (n. 1943 winner in the Bol’šaja Kniga 2007 Daniel’Stejn, perevodčik, trad. it. Daniel Stein, translator, 2010).

Despite the extreme and repeatedly emphasized variety of forms and languages, Russian literature in recent years has begun to show renewed signs of the presence of a strong ethical, philosophical and political component, albeit in ‘disguised’ forms, adequate to the new perception. of the reading public. In fact, in the new millennium, the Ukrainians experienced a real boom; the reconstruction of an alternative history (alternate history), bordering on utopias, anti-utopias and dystopias, between science fiction and fantasy, seems to be the preferred form to give space to meditation on the past and the future, in attractive packages even for the average reader. The shapes and colors that these alternative worlds take on can be the most diverse: from the imperial-orthodox model of Ukus angela (1999, The Angel’s Bite) by Pavel Krusanov, perhaps the progenitor of this new wave and which caused a great deal of sensation, in Maskavskaia Mekka (2003, Mecca a Maskav) by Andrej Volos, where in the megalopolis Maskav, Tajik transcription of Moscow, Muslims mix with the Slavs, with the satirical anti-utopias of Den ′ opričnika (2006; trans. it. The day of an opričnik, 2014) and Sacharnyj Kreml (2008, The Sugar Kremlin) by Vladimir Sorokin, which present the imperial Russia of the time of Ivan the Terrible projected into the future, surrounded by a great wall that separates it from China and where there are many echoes of contemporary events, a background that l ‘author will resume, expanding it beyond the borders of the Russia, also in Tellurija (2013, Telluria), at the aforementioned 2017 by Ol′ga Slavnikova, a dystopia located in the very near future, one hundred years after the Revolution. The list could go on for a long time with the works of Bykov, Elizarov and many other writers considered more ‘mass’ such as Oleg Divov, Dmitrij Gluchovskij, Sergej Luk′janenko, Chol′m Van Zajčik (collective pseudonym of a group of writers); all, each in their own way, looking for an answer to the famous question posed by Aleksandr Solzhenitsyn still in 1990: how to rebuild our Russia?

Science and Culture of Indonesia