Jamaica is a nation in North America. Its capital city is Kingston. Among the English-speaking countries in the Caribbean, Jamaica occupies a leading position. The country has good relations with other states in the region and cooperation with them, as well as with the US and the UK, is close. Much of the drug smuggling between South and North America crosses Jamaica due to the island’s geographical location. 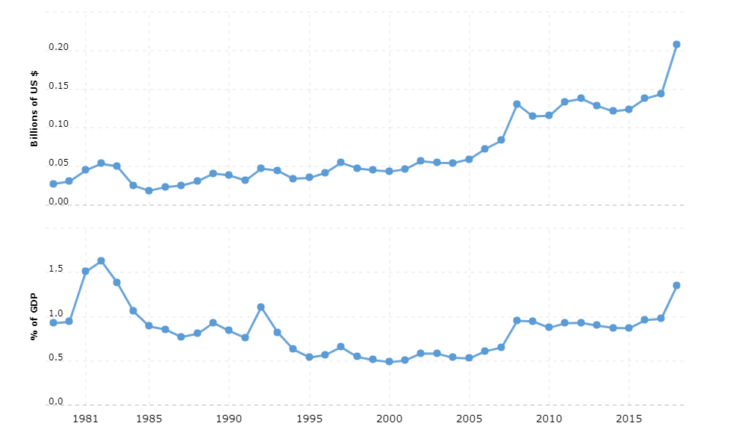 Jamaica is one of the original members of the Caribbean (Caricom), a cooperative organization founded in 1973. Caricom strives for greater regional integration, mainly in the economic field. In the long term, the Caricom countries want to introduce a common currency and free trade among themselves. In addition, the countries coordinate their foreign policy and work for social development.

Jamaica is also a member of the regional organizations OAS and Celac.

The ties to the old colonial power of Britain are important, but relations with the United States are most important. The United States is the country’s largest trading partner and the majority of tourists visiting the island are Americans. The relationship with the United States is somewhat strained due to the US constant demand that Jamaica destroy the cannabis crops that exist in the country. Marijuana is smuggled to a large extent to the North American market. Jamaica is also an intermediary for the smuggling of mainly cocaine from South America to the United States and Europe. Relations with the US deteriorated in 2009-2010 when then-Prime Minister Bruce Golding opposed the US demand to extradite gang leader Christopher “Dudus” Coke, who was wanted for arms and drug offenses in the US (see Modern History).

Both the United States and the United Kingdom support the country financially and promote good trade relations, including through assistance and by promoting Jamaican goods in their markets (see Economic overview).

The defense consists of occupational army, air force and coast guard. There is no general military duty. The army is sometimes called in to assist the police in street fighting.