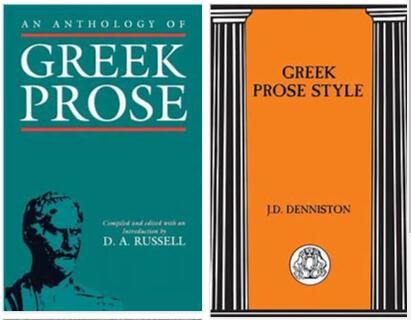 Historiography in the century IV becomes essentially rhetorical and philosophical; breaking the rigid pragmatic conception of Thucydides, he welcomes the spirits of propaganda: he invests in general ideas and oratorical intentions. It is that two things had absolute domination in that age: on the one hand the philosophical schools, on the other the debates of eloquence (not only judicial, but especially political). In the one field the great figures of Plato and Aristotle assert themselves among a group of minors; in the other, Aeschines, Hyperides, Demosthenes, etc. emerge with traits of vigorous passion. It is an immense fervor of thoughts and speeches, which reflect the conditions of the times: the divisions of parties, the aspirations for a new social order, the renewed attempts at Athenian hegemony,

Sophistics, especially through the work of Gorgias and Antiphon, had devoted special attention to the field of eloquence, constituting it in rules and schemes to which it gave the name of rhetoric; and, on the basis of rhetoric, he had tried to fashion an art of prose, which for stylistic perfection, technical maturity and also for a certain rhythmic trend could compete with poetry, considered as now old and no longer up to date with the times. In fact, prose (although it had naturally had precursors since the VI century, in Ionia, and then in Magna Graecia) was in a certain sense the true literary genre of the century. IV a. C., main work of the Attics: it was the last original product in the creative development of Greek literature, which from the epic had passed to the lyric, and from the lyric to the drama,

Most celebrated among all as a teacher of eloquence and prose style was the aforementioned Isocrates, a disciple of Gorgias. Demosthenes (384-322) drew more than from the rules of art from the gravity of political interests, from the nobility of ideals, from the ardor of passion, from which his speeches often have the wing of poetry. The judicial oratories occupy a much more modest position, such as Lysias (about 445-380), who was chosen by the grammarians of a later age as a model of a sober and pure Attic style.

How prose could compete with and replace poetry is shown especially by the example of Plato (427-347), who, as is evident, technically fashioned his dialogues under the influence of dramatic poetry (in particular, he also said that he soon had as a model the mimes of the Syracusan Sofrone, who were already in rhythmic prose). After all, apart from this technical relationship, Plato is such a figure in which the greatness of the thinker is equal to that of the artist.

Developing the principles of the Socratic reaction, he was able to bring back into the spirit of the Greeks, after the period of aberrations and demolitions, the living forces of faith: faith in human knowledge, in virtue, in good. His philosophical conceptions outside the empirical and naturalistic world build the sphere of pure reason, of ideal and absolute truths: therefore they rise to heights where thought and fantasy, science and art touch each other. Hence Plato’s work is sublimely poetic; and often he does not fail to even resort to the poetic expedient par excellence of myth. This means that the Greek fantasy, creator of myths, once again performs its miracle, through this philosopher, against the background of abstract thought and science.

But, after Plato, Aristotle (384-322) leads us to a more normal and less favorable terrain for poetry.

Reconciling the ideal with the real, he transforms philosophy into the universal science of all things, and directs it again, essentially, to the study of nature, that is, to the search for natural facts and phenomena, among which he also includes the historical world., moral and intellectual. He first, and then, even more, his followers, who constitute the so-called Peripatetic school (Theophrastus, etc.), are transformed into physicists, philologists, grammarians, scholars, scholars of the various disciplines, who come specializing. This is the common condition of the intellects; from which the conditions and characteristics of Alexandrian literature are prepared.

The new Comedy. – The ancient versed forms (tragedies, comedies, dithyrambs, etc.), if still by force of tradition they continued to be cultivated, however, in this environment, they were nothing but artificial or accessory products. How poetry could be felt, in a rather abstract and philosophical way, Aristotle taught in his Poetics ; and some interesting examples, between theoretical and practical, were also offered by Theophrastus, in his Characters. But precisely, in direct correspondence with this vision of life, naturalistic and positive, modest and bourgeois, educated and moralizing, a new type of drama arose at the end of the century, after a period of transition that is designated by the name of the Middle Comedy., the so-called New Comedy, cultivated by Menander, by Difilo, by Philemon, etc. Which did not so much derive its examples from the ancient, aristofane Comedy, as from the tragedy: since the tragedy had not already been able to keep itself always at its original height, in the sphere of gods and heroes, and towards the end, especially by the work of Euripides had approached a common form of bourgeois drama, representing under the names and spoils of heroes nothing but the humble conditions of men. The new Comedy is based on the study of reality; tries to translate the positive and scientific observation of life and human characters into contemplation of art. And basically, it too is similar to prose; dodge fantastic elements; nourished by reflection; not entirely tragic and not entirely comic; “faithful imitation of life, mirror of normality, image of truth”: as it was defined by the philosophers of the time, who favored and applied this trend.

The main and most celebrated author is Menander, an Athenian (343-292), of whom we can get a certain idea since large fragments of some of his compositions were discovered in Egyptian papyri: few, compared to the many he wrote (a hundred). Dramatic movement is scarce in them; on the other hand, the processing of characters is intense. The form of Menander is especially descriptive; his originality consists in the psychological study of the various moral natures, which he determines, distinguishes, colors with great finesse.

But in the New Comedy, in addition to the diffusion of the scientific spirit, the effects of a great political and social upheaval can be noted at the same time. One feels that Athens has now lost its position of supremacy, has finished guiding the destinies of civilization, has become provincialized and withdrawn into itself. The ancient concept of the polis as a free power in which all citizens participate and in which they express their personality has fallen or is disappearing. Individuals who no longer live for the public are induced to devote themselves with greater interest to private and inner life. The philosophers were mainly interpreters and auctioneers of this condition of things. In fact, in 306, he founded his Epicurus school in Athens (341-270), among whose teachings the one he suggested to “stands out.”